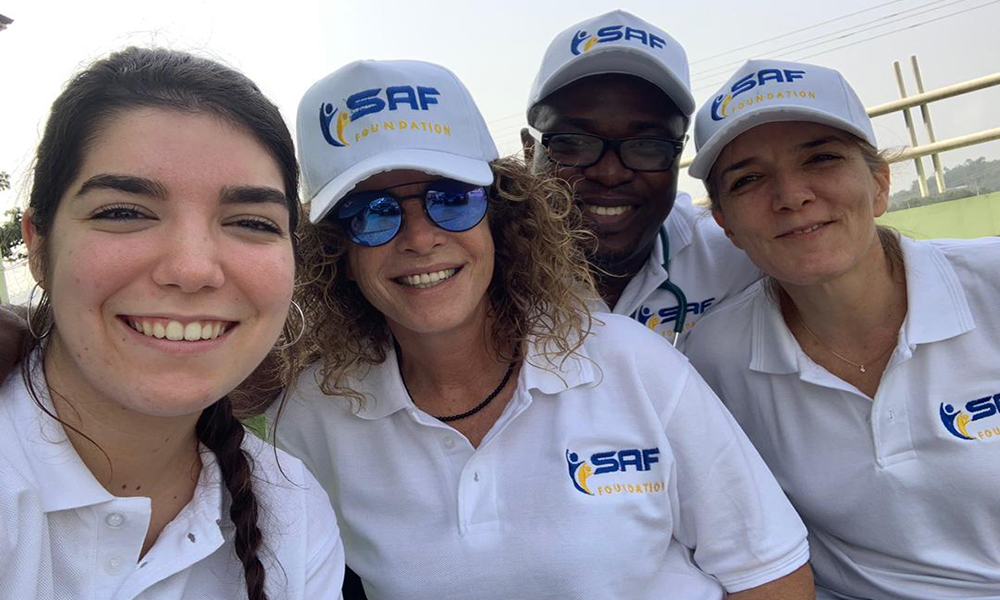 Healthy citizens are the greatest asset any country can have. In line with this saying, SAF Ghana in collaboration with Elizabeth Ofori Attah (Wife of Osagyefuo Amoatia Ofori Panin) organized a health screening for the elderly of Kyebi in the Eastern Region with the oldest being 102 years. A total of 150 people were given free screening for Diabetes, Malaria, Blood Pressure, General Physiological check, and BMI. Also, SAF made a donation of various medical equipment.

The program was graced by Osagyefuo Amoatia Ofori Panin, Okyehene (King of Akyem Abuakwa)
SAF would like to say a big thank you to DR. Samad Lamptey and all the SAF volunteers for making the program a success.